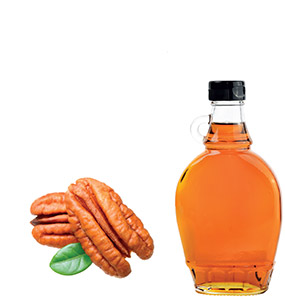 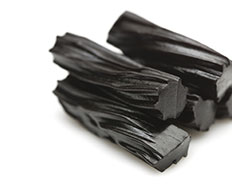 Why is Rivareno so good?

The philosophy of our gelato store and lab is based on one key principle – a constant quest in the world for natural ingredients exemplifying freshness, purity and intensity. We do not use hydrogenated fats, artificial colourings, flavourings or preservatives. A uniquely intense, creamy and velvety experience, our gelato is unrivalled for the intensity of its flavours. Our ultra-fresh gelato is produced daily in our “laboratorio” in store only a few hours before serving. Our milk is the best milk in Italy, coming from the pastures high up in the Stura Valley, Piedmont, between the Maritime and Cottian Alps, which form the border between France and Italy.
We offer the best example of Italian gelato using traditional recipes – but whilst we respect tradition, we never give up on creativity. Many of the flavours we offer are our own creations which you will find only in Rivareno Gelato stores.

Every flavour in Rivareno, before being presented to our customers, has to pass one simple test: blindfolded, with no prior knowledge, one should be able to pick the flavour immediately.

The traditional and the best way to store high quality gelato

At Rivareno Gelato, we use the traditional Italian way of storing the gelato. Gelato is stored in ‘pozzetti’ – stainless steel cylindrical containers deep inside the counter and covered with lids.
Although you cannot see the gelato, there are many advantages to using pozzetti. Gelato is at its best the moment it comes out of the gelato machine. After this point the gelato slowly oxidises and begins to lose flavour and freshness. The pozzetti are critical for the preservation of gelato, keeping it in the best possible state, maximising freshness and taste without the need for preservatives. This is particularly important since we use such high quality ingredients.
Using pozzetti importantly maintains a very consistent (and much warmer) temperature. This is one reason why our gelato has a soft, smooth and velvety texture. As the gelato is not so cold, it allows your taste buds to taste the gelato much better. In addition using pozzetti is a much more hygienic way of storing gelato, keeping the environment out. Each flavour is contained in a separate container covered with lids, avoiding cross-contamination of flavours.

Rivareno Gelato hails from Italy, more precisely from Bologna, the gastronomic capital of Italy and the world.

Born out of passion, imagination, dedication and determination to bring to the market the very best possible Italian gelato, Rivareno Gelato was created by two Italian gelato-makers and three friends. The partners had for a long time wished to produce a gelato with uncompromising quality and in the city of Bologna they put their plans into effect, with the first italian gelato store opening in Milan in 2005.

Reminiscent of the city where it all began, Rivareno shares the same name as a neighbourhood in Bologna. Rich in history and significance, the name was chosen to pay homage to the region of Emilia Romagna, whose people exhibit strength, passion and commitment in all that they do, and most importantly, gastronomy.

We are not about gimmick, or show – we are all about quality, freshness and real authentic Italian gelato.

With the first Rivareno Gelato store opening in 2005 in Milan, other stores opened soon after across Italy; including Turin, Ferrara, Florence and Rome and internationally; Australia, Malta and Spain. We are particularly proud that Sydney, Australia was the location for the first store to open outside Italy, in February 2013 in Darlinghurst.

Gelato vs Ice-cream, what’s the difference? Whilst gelato in Italian literally means frozen, it refers to the dessert invented in Italy, which has roots that go as far back as ancient times across different cultures.

You might think that ‘Gelato’ is simply the Italian word for ‘ice cream’ but the truth is, it is very different. Here we set out some of the main differences.

Churning – Gelato is churned much slower than ice cream and has a lower ‘overrun’ (the additional air content incorporated). Whilst gelato might have a 20% overrun, ice cream can have an overrun of 90%. That is why, when you pick up a 4 litre tub of ice cream it feels like it doesn’t weigh anything at all (because it is mainly air), whereas when you pick up even a small tub of gelato, you will feel the weight. This means that gelato denser, contains less air, and is therefore more concentrated in flavour. Ice cream on the other hand, contains much more air, and as a result the flavour is somewhat ‘diluted’ by the air.

We at Rivareno Gelato do not need to use chemicals or airing agents to ‘puff up’ our gelato, and as a result, it contains much less air, and is very dense.

Omg. DELICIOUS! My Salted Caramel and Black Sesame cone was gone in SECONDS! I’ll definitely be going back for more!

I think I was served by the twin brother of Charlie Sheen and Mark Wahlberg. Ice cream is amazing too.

Swap ur diabetic meds for the sweetest treat on the street – st vinnies hospital staff recommend this as an endorphin raising feat! 🙂

This place is AMAZING! Id highly recommend the best selling ice cream! I cannot recall its full name so I’ll avoid using it but it’s a beautiful hazelnut ice cream which I always go out of my way to purchase when I’m in sydney

I’m hooked and can’t wait to have more! The best gelato in Sydney. Tried the Bacio – was delish! Will definitely try their dark chocolate next time.

Best gelato in town. I regularly go to both locations, Barangaroo and Darlinghurst and their gelato has become an after dinner staple. Creamy and flavourful, the pistachio, yoghurt, and cocco are to die for.

This gelato shop is very nice for service because the clerk told us his recommend matching to our feeling.

Always the best Ice cream in all Sydney but y need to go before night.. coz they run out almost of everything. Always busy! Best Italian ice cream

Rivareno Gelato - a decade in review

Almost 8 years ago, Kieran Tosolini opened the doors at Rivareno Gelato at 280 Crown Street in Sydney after a 2 year search for the perfect ...

Read more
Dear customers,
Unfortunately we had to press pause on our Barangaroo store due to the Covid 19 restrictions. Our Barangaroo store is therefore   temporarily closed but Rivareno Darlinghurst is still OPEN for take-away! 🙌⁣
⁣
Pop in-store for a quick grab ‘n’ go gelato or jump online for home delivery via Uber Eats, Deliveroo or DoorDash! ⁣
⁣
We have taken various precautions in store to keep our customers and staff safe.
Thank you for your support during these difficult times.
Rivareno team x